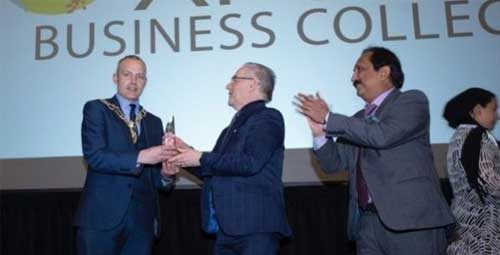 Addressing the students at the Oxford town hall, Prof Anthony Woodman said-“ Transformational education lies in the heart of everything we do. That’s why working with partners like OBC is so important because such arrangements increase the reputation of the University. Together we can make more and more students transform their lives and feel pride.”

The Lord Mayor of Oxford appraised the College. He said, “Oxford Business College has been doing a tremendous job to help people restart their education and better their lives in Oxfordshire. It is heartening to know that OBC is only Oxford-based independent higher education institution going out of the Oxford and shining around the country.”
The event was to celebrate the achievement of being the fastest-growing independent higher education institution and impressive beginning at its new campuses. More than 500 students from London, Slough and Nottingham campuses attended the celebrations at the historical town hall in Oxford. Mayor of Bicester Nicholas Mawer, Councillor John Howson (Chair of Oxfordshire County Council), Councillor Andy, and Councillor Nick Field-Johnson attended the ceremony as distinguished guests.

The managing director of Oxford Business College, Dr Padmesh Gupta, elaborated upon the journey of the College since 2004 and its vast growth in the last two years. With two ‘WhatUni’ Awards in two consecutive years, OBC has added more than 3000 undergraduate students in less than 18 months and has become the fastest-growing independent higher education institution in the UK. This became possible only due to its recent partnership with the University of West London (UWL). Through this partnership, Oxford Business College now provides more options to obtain a University degree in a much more flexible manner to those who wish to restart education and change their future. Right now more than 6000 students are studying at the College.

Oxford Business College is the oldest independent higher education college in Oxford, with campuses in London, Slough and Nottingham. It offers undergraduate and postgraduate courses in partnership with the University of West London, Buckinghamshire New University, University for Creative Arts, and other institutions. Founded more than 37 years ago, from a humble beginning at its oldest campus on George Street, the College has expanded to multiple locations in less than two years. 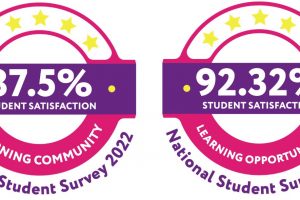 OXFORD BUSINESS COLLEGE AMONG THE TOP 15% FOR STUDENT SATISFACTION : NSS 2022 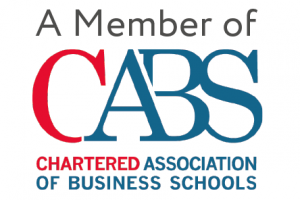