Arun is a media professional and journalist known for creativity, innovation & communication strategies. With more than 27 years of experience, including 20 years in leadership roles, Arun has worked across UK & South Asia at best brands.

After working as a print journalist in India, BBC brought him to the UK. For almost 18 years, Arun reported from various parts of the world, developed and created a few much-appreciated radio shows and TV programmes. He also established eight new TV networks and trained more than 1500 media and news professionals across India, Pakistan and Bangladesh.  Then he moved to the corporate world and worked in a Tata Group company as head of content and communications and at the Centre for Responsible Business (a global think tank created by German development agency GIZ) as executive director where he worked to develop awareness towards CSR & sustainability.

A geology graduate from the University of Lucknow in India, Arun has done a management leadership course at Prestigious Indian Institute of Management (IIM) Calcutta. He has also attended multiple training programmes at the BBC.

A full member of Society of Authors UK, Arun is a published writer, having three books from respected publications, including Penguin Books. He made 2000+ digital videos, short films and many ad/corporate/documentary films. Arun has been a speaker and panellist at forums like European Business Summit, CSR-Europe international Conclave, SAARC CXO summit, Digital Matters Singapore, Indus Forum (Indo-Dutch Sustainability), the International film festival of India (IFFI), Indian Institute of Mass Communication (IIMC) New Delhi and many more. 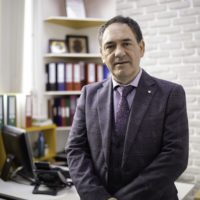 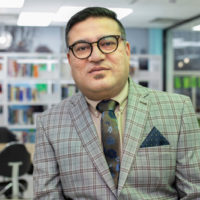 Head of Exams & Assessment
We use cookies on our website to give you the most relevant experience by remembering your preferences and repeat visits. By clicking “Accept All”, you consent to the use of ALL the cookies. However, you may visit "Cookie Settings" to provide a controlled consent.
Cookie SettingsAccept All
Manage consent